Wonderland Homes is building four home series in Stapleton!  They have two home detached series, one known as Heritage and the other known as Expressions.

In addition to those two series they’ve selling their Edge II town homes and they are now started to sell their Terrace Homes row homes across the street from Central Park in existing Stapleton.  Read on to learn about all 4 series!   If you’re interested let’s chat, at the price point Wonderland serves (high $300k’s to high $400k’s) the market is moving really fast.  Visit our Wonderland Pinterest Board to see tons of pictures we took models from both home series!

Heritage is similar to the Traditions series that Wonderland built in other Stapleton neighborhoods.  It’s their traditional series from an architectural standpoint and it will appeal to those who like Craftsman, Prairie and Farmhouse style exteriors.  The homes are base priced in the mid/high $300k’s and after lot premiums and finishes I’d expect many buyers to end in the low to mid $400k’s range.  (You can hit high $400k’s if you go all out)

They have 2-3 bedrooms depending on the plan and range in square footage from 1,322 – 1,759.  For the most part the homes will be built on a courtyard, similar to those in Central Park West.  We live on something similar to these, a “mews”, and we love having the kids be able to run around right out front without having to constantly worry about traffic.  The majority of the plans are two story homes but they do have three plans that are ranches, the Clarkson, the Emerson and the Logan.  One the two story plans has a main floor master bedroom, which may appeal to buyers looking for main floor living in the high $300k’s/low $400k’s.  Of the 7 homes they’ll build in this series 4 are brand new!  Wanna check out the floor plans?  Click here to go the company’s website where they provide floor plans and pricing.

The other detached home series that Wonderland Homes is building  is known as the Expressions series.  This series is similar to the Innovations series they were selling previously in Stapleton.  It’s their modern series, a stark contrast to the more traditional series.  This series is much more asymmetrical, more simple in terms of exterior detailing and usually makes use of a couple of different exterior materials.  I find that this series is pretty polarizing with buyers, either they think it looks strange or they love it and they think there is nothing like it and they can’t wait to buy it.  Not many people are neutral on these.  (Based on a current interest list of over 200 people I’d say plenty of people are loving it!)  If you’re looking for a modern home in Stapleton it’s either this series or Infinity Homes but Infinity, although amazing, is in a much higher price point.  These homes have base prices in the upper $300k’s/low $400k’s.   Keep in mind that with lot premiums and finishes many of these are likely going to end up in the mid to even upper $400k’s end price range.  The square footage on these homes ranges from 1,428 to 1,904 and they have 2-3 bedrooms depending on the plan.  There are 5 floor plans, 4 of which will be two story and one ranch.  Wonderland has a ton of interest so if you want a modern single family detached in the $400k – $475k range in Willow Park East you’ll need to be on the ball and act quickly.   To see the floor plans and pricing for Expressions click here then look on the right side of the page to access the plans.

Wonderland’s Edge II series is their modern style town home series.  Starting in the high $300k’s these are a very popular option for buyers.  There are four floor plans in the series with roughly 1,500 – 1,900 sf depending on the plan.  They have two bedrooms but you can finish the basement to add a third.  For more info on this series click here.

Last but not least, Wonderland has started to sell their Terrace Homes series in existing Stapleton (South of I-70) across from Central Park.  The Terrace Homes are row homes with a traditional exterior style clad with stucco and brick.  There will be 4 floor plans in the series, all of which are attached.   The homes range in sf from 1,600  -2,000.  (Not including finished basement space which is an option!) Click here for more info!

For more information about Wonderland Homes or homes by any other builder in Stapleton please give me a call or send me an email.  I love helping buyers find the right home that fits their needs and since I’m not affiliated with any one builder I can show buyers all the options, including resale homes!  The market is hot so get a knowledgeable local Realtor on your side.  To stay current on things in Stapleton, not just real estate, be sure to sign up for the Stapleton Scoop.

Joe Phillips is the founder of Central Park Scoop. He is a Central Park, Denver resident and a Real Estate Broker focused on the neighborhood. He writes regularly about the community, events, real estate, parenting, and life in the 80238. 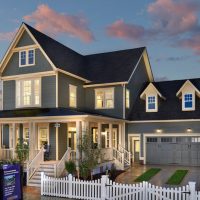 How much will a new construction home *really* cost you? 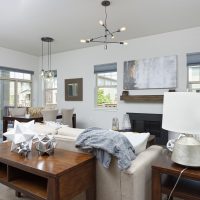 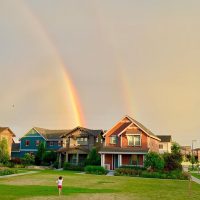 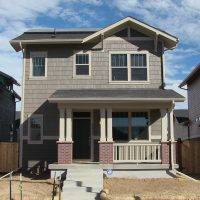 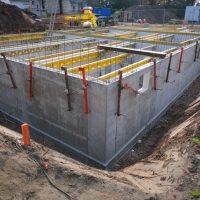 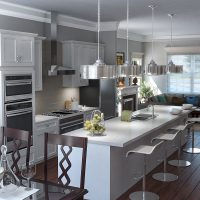