Who Was Jane Jacobs & Why Are We Celebrating Her in Stapleton?

Jane Jacobs would have turned 100 this year and all over the world events have been planned to honor her memory. I wanted to host an event in Stapleton because I live in this community and I think there are aspects to the design that she would have appreciated. The Stapleton event will take place on July 9th, 2016 at 10:00 am. We will meet  at 10:00am at the Sam Gary Library and take a stroll through Stapleton while we discuss Jane Jacobs and the pros and cons of life in Stapleton through a Jacobsean lens! Upon completion of the walk, we will gather at the Founders Green for some light refreshments, conversation and a free raffle! If you are unable to participate in the walk please join us on the Founders Green: anticipated arrival of the group will be 11:00am. See the route below!

Jane Jacobs  was an activist and writer and she dramatically changed  the way we think about city planning. In 1961 she wrote “Death and Life of Great American Cities” which was her most famous book and has been cited as one of the most influential books on urban planning and cities.  Jacobs advocated for dense, mixed-use neighborhoods and frequently used New York City’s Greenwich Village(where she lived in the 1950’s & 1960’s) as an example of a vibrant urban community.

If you have ever been to Washington Square Park in New York City, you can thank Jane Jacobs. In 1958 city planner Robert Moses wanted to create the Lower Manhattan Expressway which would have demolished the park and razed several city blocks displacing over 100 hundred families and 1000 businesses. Jacobs chaired the “Joint Committee to Stop the Lower Manhattan Expressway”. The committee stopped the expressway in its tracks and when the plans subsequently resurfaced in the following years, Jane Jacobs continued to fight against the expressway, even to the point of being arrested for inciting a riot and standing trial in 1968. She moved to Toronto in 1968(but commuted back and forth for her trial) as she was staunchly opposed to the Vietnam War and didn’t want her draft-age sons to go to war. Jane Jacobs devoted her life to writing and thinking and changing the way we think about cities and economies.

Jane Jacobs was also my great aunt. My mother was her namesake and while growing up we knew she was a bit famous, to me she was just family. My memories of her include spending American Thanksgiving in her beautiful Toronto house with its rooftop garden and thousands of books and telephone booth in the corner.  As a child I simply loved being in her home, it felt like a magical place. As I grew into a young woman I loved drinking martinis with her and confiding in her and sneaking smokes in her bedroom, promising not tell on each other. When she passed away in 2006, we mourned not only a beloved family member but the loss of such a fine mind that made so many contributions to this world.

Stapleton set out to create a neighborhood that in many ways adheres to the recommendations that Jane Jacobs made in “Death and Life” to create municipal diversity: 1. A street or district must serve several primary functions. 2. Blocks must be short. 3. Buildings must vary in age, condition, use and rentals. 4. Population must be dense.

While I know many people would criticize Stapleton’s development and say it doesn’t adhere to Jane’s ideals I beg to differ. I love that I can walk or bike to the library, the grocery store, the pool and several parks including Central Park. I think it’s fantastic that we have events like movie nights, farmer’s markets and other happenings in the town center. I’m thrilled that we now have a train that goes to the airport and to downtown. I have an infant son and most days I don’t have to drive anywhere to do my errands. I’ve been getting to know my neighbors and I think there is a real sense of community, I feel like people are looking out for each other and spending time together.

The future plans for Stapleton include high density housing and more commercial businesses to meet the needs of the community. Take a look at this map for land use.  It will take many years for Stapleton to continue developing but as Denver grows so does the need for more housing. As someone who grew up in the suburbs of New York City, I must say Stapleton doesn’t feel like some far off place. I have lived in different neighborhoods here in Denver and  I don’t feel like I’ve been exiled to the suburbs where none of my single friends will come visit. We’re a part of Denver and as Jane Jacobs said,

“Cities have the capability of providing something for everybody,only because, and only when, they are created by everybody.”

Stapleton is obviously a very family-oriented community but as Denver’s economy grows, I anticipate a more diverse community as people are drawn to the convenience and accessibility of living here. To further discuss your thoughts on these matters please join us on July 9th at 10:00am at the Sam Gary Library (2961 Roslyn St. 80238). Wear comfortable shoes, sunscreen and bring water, it might be a hot one!

This post was a guest post contribution from Rebekah Henderson.  Rebekah is a resident of Stapleton, a stay-at-home mom and works part time as a librarian for the Denver Public Library, she also is a regular contributor to the website mom.me  Follow her on Twitter!

Joe Phillips is the founder of the The Scoop. He is a local resident and a Real Estate Broker focused on the neighborhood. He writes regularly about the community, events, real estate, parenting, and life in the 80238. 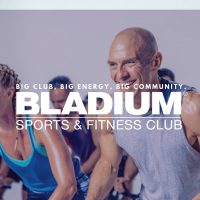 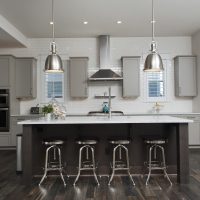 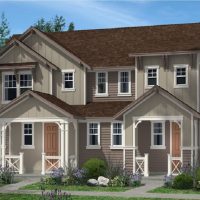 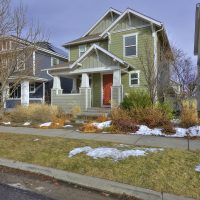 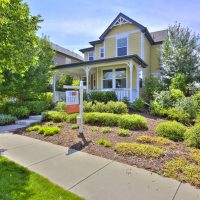 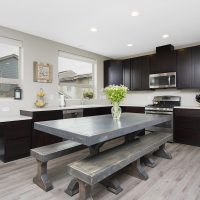